It is undoubtedly an unusual time for the whole world and more so for us in Lebanon.

As the Covid-19 pandemic ravaged the world in early 2020, financial markets across continents suffered from unprecedented falls destroying significant amounts of wealth and straining economies around the world. However, as countries deployed extraordinary monetary and fiscal stimulus, markets recovered aggressively and continued to march higher as the rollover of vaccines promises to end the pandemic.

Yet, on the national front, we continue to witness a deep deterioration of the economic situation and the free fall of our currency, with no light in sight at the end to this dark tunnel.

On the banking front, the restructuring and consolidation of the industry is inevitable. Banks have been forced to close multiple branches across the country and are resorting to staff layoffs in order to cut costs, although Treasury Departments’ personal have been less impacted by such measures.

The Lebanese currency is currently subject to three different exchange rates: the fixed official rate, a floating black-market rate, and a temporary semi-official fixed rate. Sadly, this poor exchange rate regime has opened a window for arbitrage which some are taking advantage of.

Unfortunately, in the absence of a new government and a comprehensive reform program coupled with the injection of foreign capital from the IMF and other international donors, our country will continue to float aimlessly towards more hardship.

Although the current crisis may be the most dramatic yet, Lebanon’s history is filled with episodes where the Lebanese pound fell to then-new levels which were followed by periods of hyperinflation. That said, we always managed to pull ourselves from such crisis as a new political consensus emerged.

Our faith in Lebanon remains intact, and we strongly believe that the entrepreneurship of its people and the ability of a new generation to lead our country out of the present crisis, albeit long lasting scars, will help restart our economy on a new path.

As mentioned in our administrative report that was e-mailed to you on November 12, 2020 the Covid 19 and government measures prevented us from holding our annual General Assembly in November 2020. The existing ACI Executive committee will stay in charge until new elections are held, hopefully in the very near future.

Finally, this letter will be published on the Association’s website (www.acilebanon.com) as we stopped printing hard copies of the annual directory. Our newly re-designed website will contain all our members’ profiles and related data. It will also include our archived directories. We are also working on a new application (app) that will be accessible from your mobiles. 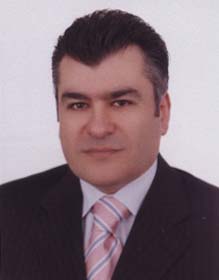